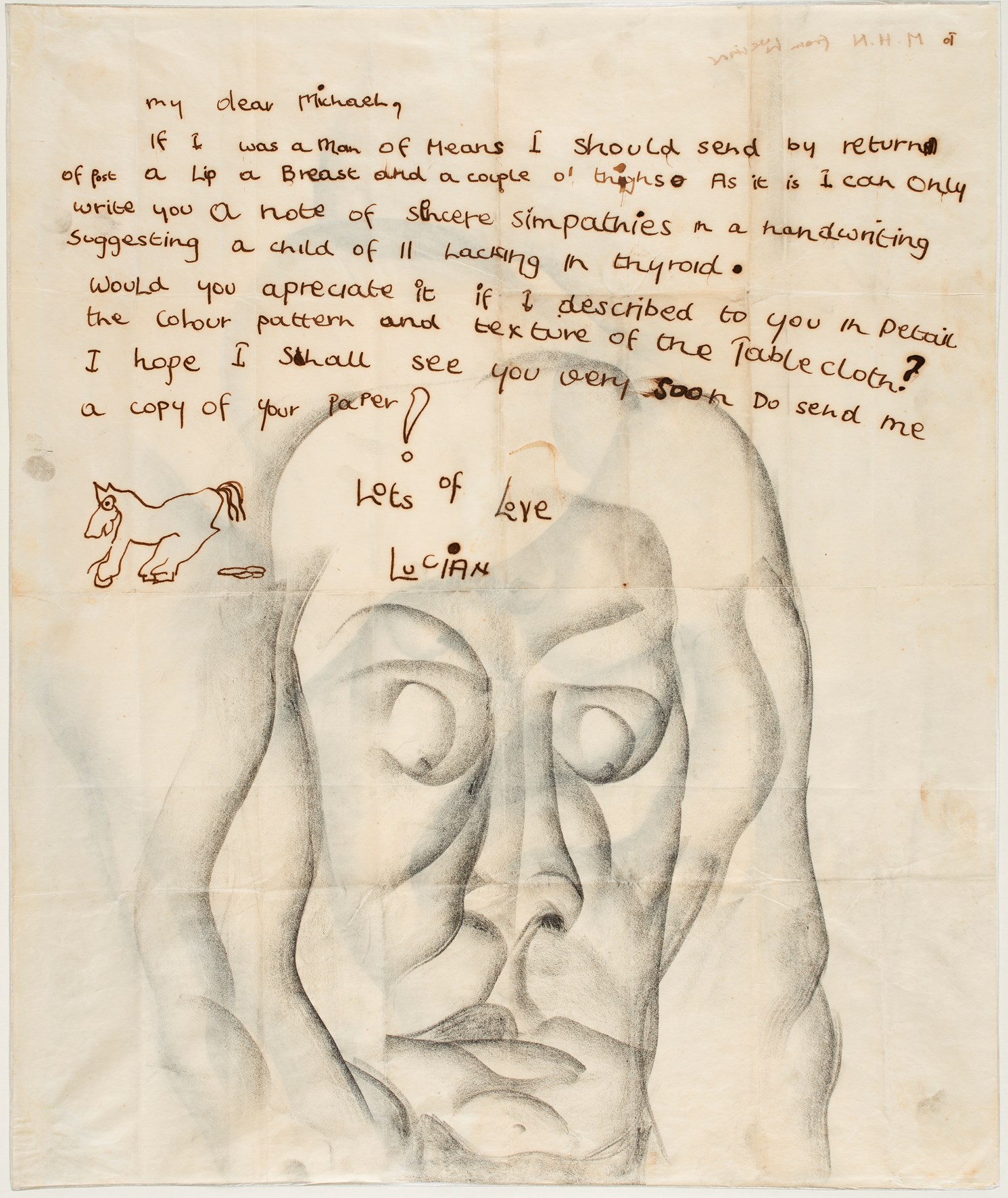 Study of a Head – Letter to Michael Nelson

The recent discovery of a collection of letters written by Lucian Freud to the poet Stephen Spender (Sotheby’s sale, London, 2 July 2015, lot nos. 201-204) has shed new light on his body of work, as regards chronology and the intellectual background that informed the artist’s early period. The strong similarity, in both form and tone, between our letter and those sent to Spender, together with the exhibition at the Matthew Marks Gallery in 2003 of the drawings Freud made in Capel Curig (Wales) in 1940, including the one entitled Horse Smiling, seem to endorse a dating of between November 1939 and January 1940.

Michael Nelson, to whom the letter was addressed, and Lucian Freud met at Bryanston School in 1938. With Spender, Peter Watson and Cyril Connolly, they formed a united group of writers, poets, journalists and artists, all involved in the avant-garde magazine Horizon, up until 1940.

At this time, Lucian Freud, who had just become a naturalized British citizen, developed “a rounded, laboured, but not inelegant” style of handwriting, quite unlike the German Gothic script that he had originally been taught and which he now rejected. Each word was “treated as a novelty, written as though drawn” is how his biographer William Feaver describes it.

The plastic force of Freud’s handwriting goes hand in hand with a sure sense of how to construct volumes and subtly alternate light and shadow. Curiously, the paintings and drawings made in Wales in 1939-40 already showed the characteristics of the Freudian model that he would so brilliantly develop in the 1970s and ’80s. In this respect, the portraits of his mother dating from early 1940, like this powerful recto-verso face, would germinate into the fabulous faces of London society and an elder version of this same mother.