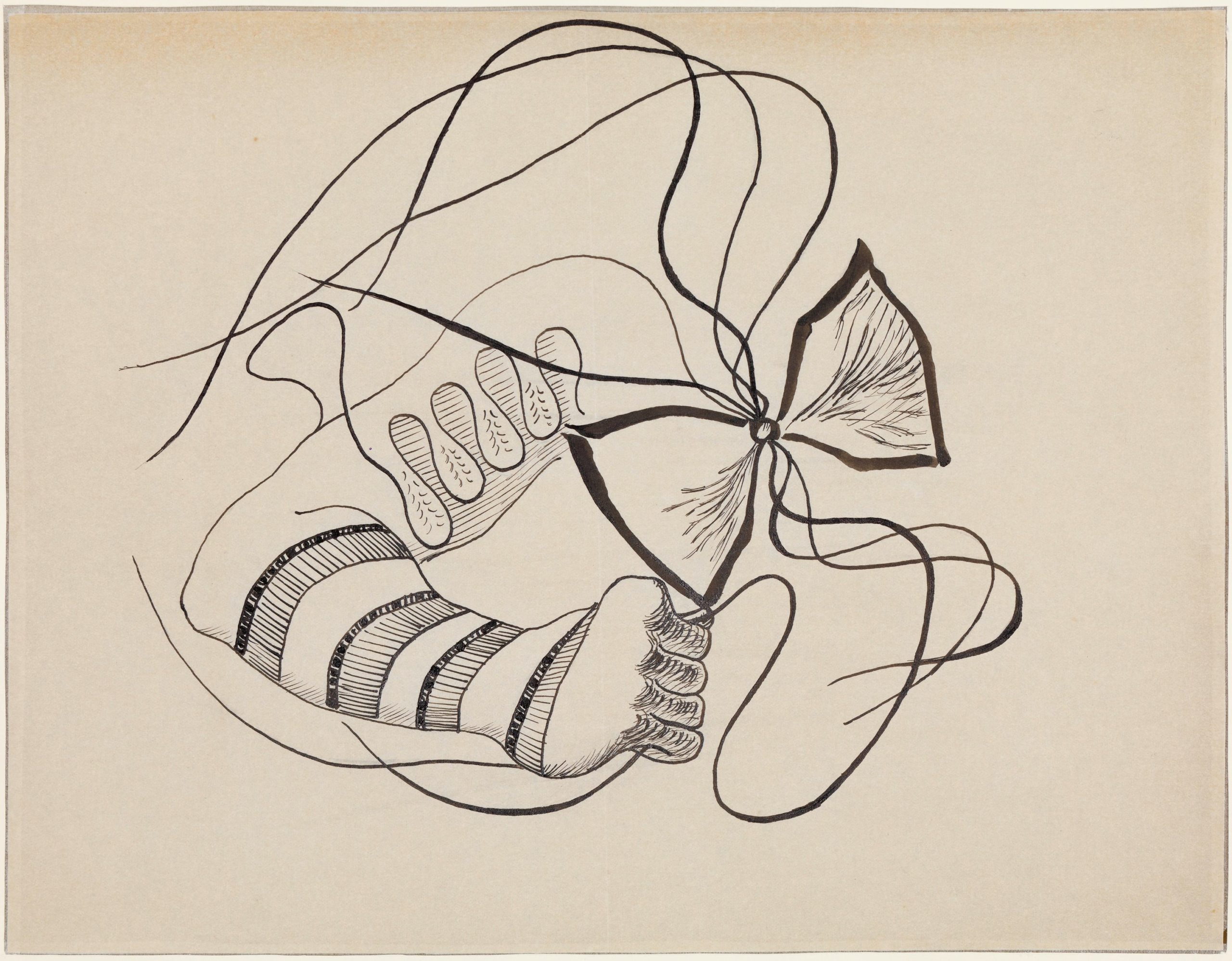 Drawing reproduced as a collotype by Duval for the cover and title page of Okamoto by Pierre Courthion, GLM, Paris, 1937 (monograph).

In 1929, the Japanese intellectual and artist Taro Okamoto settled in Paris, where he divided his time between studying at the Sorbonne and painting. From 1933-34, he was a member of the Abstraction-Création group, before developing in 1936, with the painter Kurt Seligmann, the theory of “Neo-Concretism”, a trend dominated by butterflies, drapery, volutes and ribbons. That same year, he painted Wounded Arm, in which the hidden face seems to have been engulfed by an enormous bow tie, a symbol used by Okamoto to convey his desire for power and submission to the pleasure principle. Fascinated by this painting, André Breton invited Okamoto to join the Surrealists.

Our pen and ink drawing was executed at the same time as the oil painting, which was shown alongside the works of Dalí, Ernst, Duchamp, etc. at the notorious Exposition Internationale du Surréalisme in 1938 at the Galerie des Beaux-Arts, Paris. The source of these two works can be found in Acéphale, a review (and secret society) founded in 1936 by Georges Bataille and illustrated by André Masson. Before being a review, Acéphale sought to be an experience. Could man pay the ultimate sacrifice by decapitating himself in order that sacred practices be revealed (transcendent religions, political parties and avant-garde movements) and a new pure lifestyle attained? This idea, resonant with 13th-century Zen painters, had particular meaning for Okamoto.

The imagery of Wounded Arm was probably related to one of the rituals performed by the secret society “Acéphale”, which involved slashing the forearms of new members with the dagger that can be seen in Acéphale’s left hand in Masson’s drawing on the cover of the first review. An initiation ritual to which Okamoto was subjected and which seems to be have inspired our drawing and the painting.