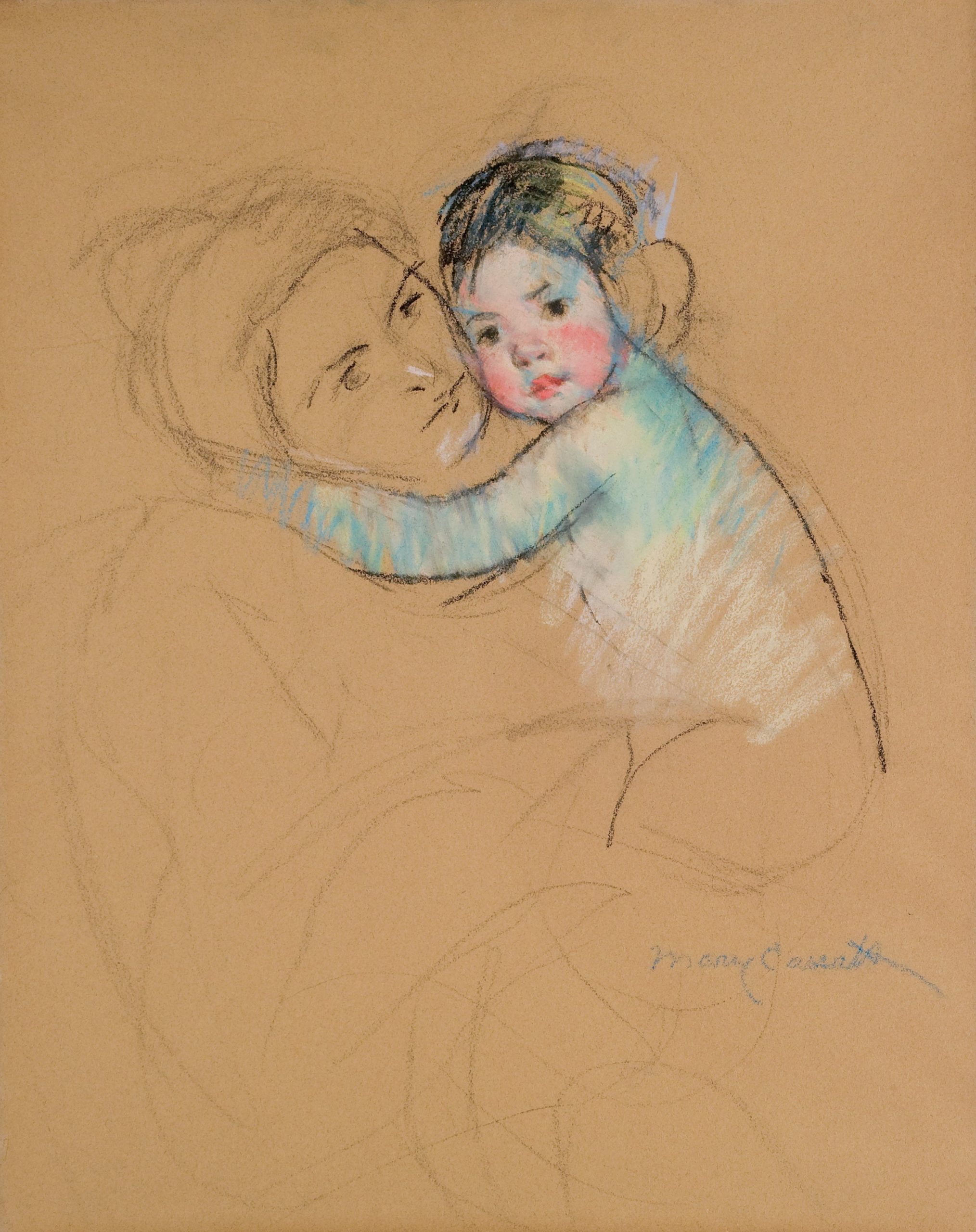 At the turn of the century, Mary Cassatt’s technique evolved in singular fashion, notably under the influence of ukiyo-e woodblock prints, which, when exhibited at the École nationale des Beaux-Arts, Paris, in spring 1890, made a tremendous aesthetic impact on the Parisian avant-garde.

Cassatt’s stylistic development was characterized by a search for intimacy and a paring down of her artistic resources: the very close relationship between a mother and child became the central subject and the portrait instantly captured the wonderment of everyday life. The absence of a background, the unfinished composition and the limited yet dynamic use of pastel removed the motif from any sense of narrative or temporality and projected it into a space hovering between two or three dimensions.

This frank, sudden outburst of modernity, which distanced Mary Cassatt from Impressionism and her picture dealer Paul Durand-Ruel, aroused the unconditional admiration of Ambroise Vollard, who gradually became her main purchaser and keenest advocate. He was the one who encouraged her to make counterproofs of these final drawings in pastel, a medium that she had not previously used, and whose insubstantial appearance, leaning towards abstraction, thrust her decisively into the radical modernity that would sweep over the new century.