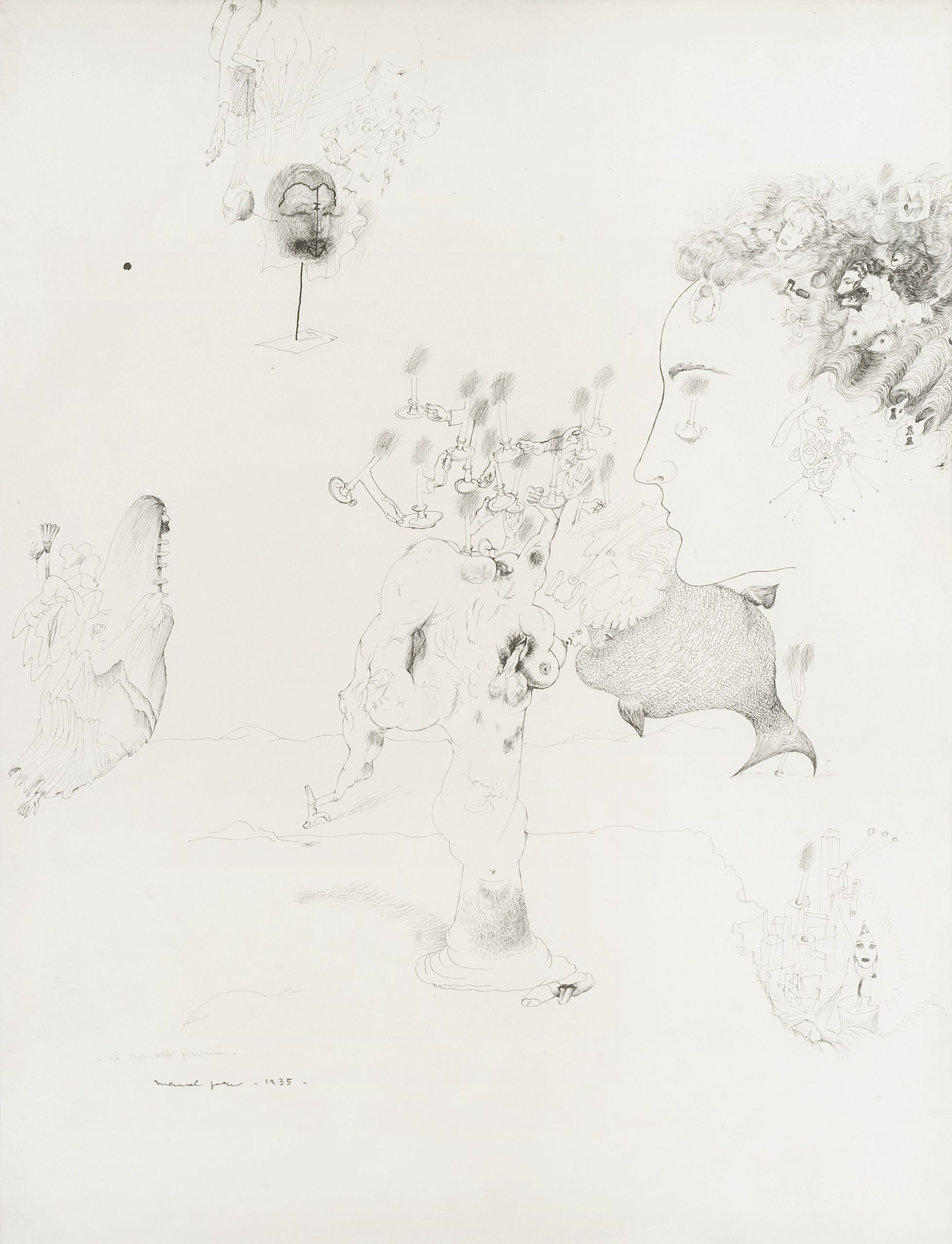 Marcel Jean was, among other things, a writer and, for a time, a brilliant exponent of Surrealism. In 1935, he produced a small group of works, mostly in pen and ink, whose quality and graphic force were peculiar to the period. New York’s MoMA possesses a fine example called L’Arbre à mains (Tree of Hands), which paved the way for the “Profile of Memory” series of engravings (1935-42).

La nouvelle Journée (The New Day) is a perfect illustration of Dalí’s paranoid-critical method: it is not simply a mere fantasy, a vestige of the night that has barely finished, but a new world that has just come into being. Everything functions through specific associations issuing from the artist’s frenzied imagination, but which reveal – rather than invent – an objective universe quite unrelated to our own.

This new, self-sufficient, organic world attests to the Surrealist artist’s quasi-divine status, which enabled André Breton to proclaim: “The imaginary is what tends to become real.”